As the “war on cancer” drags on, the National Cancer Institute estimates that 1.7 million Americans were diagnosed with cancer last year.1

Doesn’t sound like much progress has been made since the “war” was declared by the U.S. government in 1971.

But there is hope that lies in prevention. Scientists agree that preventing cancer is the best strategy.

As many as 90% of all cancers are caused by environmental factors and lifestyle behaviors.2,3

Ongoing research points to anti-cancer effects of compounds found in broccoli and other cruciferous vegetables.

Studies show that higher intake of cruciferous vegetables is associated with a reduced risk for different types of cancers.4,5

But to maximize the effects of these cancer-fighting compounds, you’d have to consume an enormous quantity of raw vegetables.

Scientists have discovered a way to remedy this problem. They have developed a delivery system to maximize the amounts of cancer-fighting compounds in cruciferous vegetables that enter the bloodstream. 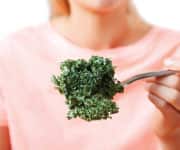 Cruciferous vegetables are a group of edible plants that include broccoli, kale, green and red cabbage, cauliflower, and Brussels sprouts.

These vegetables are loaded with nutrients shown to help prevent a wide variety of common disorders.

In particular, cruciferous vegetables have a profound ability to shield cells from several processes that can transform healthy cells into malignant tumors.4,5

Two cruciferous nutrients are especially well validated: sulforaphane and 3,3’-diindolylmethane (DIM). The benefits of both are supported by ample medical literature.6-8

DIM is a stable compound that is readily absorbed from the digestive system.

Sulforaphane, however, is very unstable, which means it rapidly degrades into non-active substances if it isn’t quickly absorbed, or if the vegetable is heavily cooked.

Nature has found a way around this problem. 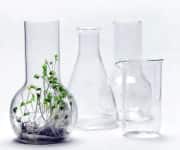 Sulforaphane itself isn’t contained in broccoli and cabbage.

Instead, a precursor called glucoraphanin is stored in these plant cells, along with an enzyme, myrosinase, that converts the glucoraphanin into sulforaphane.

In raw vegetables, glucoraphanin and myrosinase are stored in separate compartments.

Only when the vegetables have been eaten and partially digested do they mix in the body and form sulforaphane, the beneficial compound.

Once formed, sulforaphane must be absorbed rapidly in the small intestine or it will be lost.

A Solution Inspired by Nature

Scientists have found a way to deliver both glucoraphanin and myrosinase, isolated from broccoli, separately to the small intestine.

In the small intestine, these two components mix and form sulforaphane, which can be immediately absorbed into the body, achieving higher blood levels of this anti-cancer compound.

In a study done by scientists at Johns Hopkins, healthy individuals were given either glucoraphanin alone or in combination with the enzyme myrosinase. Urinary metabolites of sulforaphane were used to assess bioavailability.

The bioavailability of the combination of glucoraphanin and myrosinase was 35% compared to 10% in the group given only glucoraphanin.9 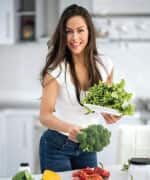 For decades, studies have shown that large dietary intakes of cruciferous vegetables reduce the risk of developing different forms of cancer, including many of the most common types, such as lung and colorectal cancer.5,10,11

Researchers have also evaluated the individual compounds derived from these vegetables, most importantly sulforaphane and DIM.

Scientists at the Johns Hopkins University School of Medicine compared two different groups of rats; one was given sulforaphane and one was not.12 Both groups were then given a potent carcinogen, a chemical that produces cancerous tumors at a high rate. They found that the animals given sulforaphane developed 39% fewer tumors. In addition, the tumors that did develop were smaller and grew more slowly.

In human cancer cell lines, including breast cancer and leukemia, sulforaphane was shown to halt the growth of the tumors and to kill tumor cells.8

The benefit of DIM supplementation has been evaluated in two studies of women with a history of breast cancer.13,14 In both studies, women were randomized to receive DIM supplementation (108 mg per day in one, 300 mg per day in the other) or a placebo. DIM was found to significantly alter the mix of estrogen types, supporting an increase in “good” estrogen and reducing “bad” estrogen, which is linked to cancer progression.

In one study, women with cervical intraepithelial neoplasia were randomized to receive either 100 mg of DIM, 200 mg of DIM, or a placebo. After 90 to 180 days of supplementation researchers found that all patients’ cervical intraepithelial neoplasia resolved completely with the 200 mg dose of DIM. With the lower 100 mg dose of DIM, 90.5% regressed.6

What this shows is that these compounds, derived from cruciferous vegetables, can both prevent cancer and reverse the progression of cells that are already abnormal.

WHAT YOU NEED TO KNOW 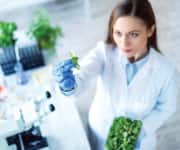 Cancer results from damage to genes that causes cells to multiply out of control.

Toxins and pollutants in the air we breathe, the water we drink, and the food we eat can all cause this damage. Even our own metabolism produces oxidative stress and potential toxins.

Behavior such as smoking greatly increases the amount of damage that is occurring.

Methods to decrease cancer risk include:

Cancer can be caused by epigenetic changes, the ability to “turn genes on and off.” These changes don’t alter the DNA, but they change expression patterns of genes.

Studies have shown that sulforaphane and DIM can reverse some of these cancer-associated alterations.15

Sulforaphane also reverses alterations of histone proteins involved in the regulation of genes, another epigenetic change that can contribute to cancer.16,17

Even after a cell starts down the path to cancer, the progression can be halted or reversed.

DIM and sulforaphane have been shown to suppress the growth of tumors by interfering with abnormal signaling factors that drive cancer cells to proliferate more rapidly.12

Cancers need ample blood flow to supply oxygen and nutrients so that they can grow aggressively. By impeding this new blood vessel growth, cruciferous vegetables can help starve tumor cells.

By turning on the genes associated with apoptosis, cruciferous vegetables initiate “suicide” of the abnormal cells, while protecting healthy, normal cells.

Some forms of the hormone estrogen can stimulate breast cancer growth in women. By modulating estrogen metabolism, DIM shifts estrogen balance to favor the healthier forms of these hormones.21

NF-kB (nuclear factor-kappa B) is a regulator in cells that activates inflammation, including the low-grade chronic inflammation that is a major contributor to most age-related diseases, including cancer.

By reducing NF-kB activity, sulforaphane also has a powerful impact on other chronic diseases, and aging in general. For example, in animal models it can reduce inflammation in the brain that contributes to Alzheimer’s and Parkinson’s diseases.32,33

High dietary intake of raw cruciferous vegetables such as broccoli, cabbage, and cauliflower, is associated with a reduced risk for many types of cancer and other disorders.

Studies have demonstrated that many of the anti-cancer effects are due to two compounds derived from these vegetables: sulforaphane and DIM.

These cruciferous compounds target cancer at different points in its development and progression, reducing the risk of cancer formation in the first place, and halting the progression of some tumor cells.

While DIM is stable and easily absorbed when taken orally, sulforaphane is rapidly converted to inactive compounds.

To solve this problem, scientists have developed a delivery system (glucoraphanin plus myrosinase) that maximizes the amount of sulforaphane available for absorption into the bloodstream.

By separating these precursor plant compounds, much more sulforaphane becomes bioavailable in the small intestine. There, it can be rapidly absorbed, delivering higher blood levels of this anti-cancer (sulforaphane) compound.

If you have any questions on the scientific content of this article, please call a Life Extension® Wellness Specialist at 1-866-864-3027.